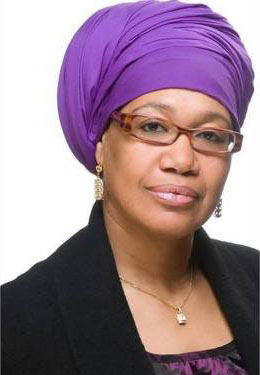 Shafia M. Monroe is a renowned midwife, doula trainer, motivational speaker, and cultural competency trainer. Shafia has been “Birthing CHANGE” all her life. In 2016, Madame Noir named Monroe “Queen Mother of a Midwife Movement” for her pioneer midwifery work in Boston, Massachusetts, her hometown. It was there she co-founded the Traditional Childbearing Group (TCBG), a non-profit organization, whose mission was to reduce infant mortality through homebirth services, training community midwives, and providing prenatal education. Monroe served as Boston’s primary African American homebirth midwife from 1978-1991.

In 1991, seven months pregnant with her sixth child, Monroe drove from Boston with her family to Portland, Oregon. When she arrived, she was unable to find an African American midwife for her homebirth. Experiencing the lack of midwives of color in the region, she responded by forming the non-profit organization International Center for Traditional Childbearing (ICTC), to increase the number of midwives and doulas of color to empower families, reduce infant and maternal mortality, and bring Black midwives together.

Monroe positioned ICTC as an advocate for disseminating culturally competent midwifery education, achieving recognition for Certified Professional Midwives (CPM’s), and directing funds to improve maternal health and newborn care. Under her leadership, ICTC spread across the nation, increasing the number of midwives of color, giving midwives of color a seat at the decision-making table, promoting the profession, as well as researching and teaching the contributions of African descent midwives in world history.

In 2002, Monroe organized the first US-based International Black Midwives and Healers Conference (IBMHC). The conference brought midwives together from around the world for improving maternity care, continuing education, and camaraderie. In 2010, Erykah Badu, a four-time GRAMMY™ Award winner, singer/songwriter, and holistic healer, was the keynote speaker for the conference. In 2011, Ms. Badu accepted Monroe’s invitation to be the ICTC National Spokesperson.

In 2002, Monroe created the ICTC Full Circle Doula Training program to teach the legacy of the 20th century African American midwife, who exemplified compassionate care through traditional birth and postpartum rituals. The training program focused on improving perinatal care, increasing doulas of color, and developing entrepreneurship in doula work. From 2002 to 2016, Monroe trained nearly 2,000 people as ICTC Full Circle Doulas. In 2017, one year after Monroe’s retirement as CEO of ICTC, the ICTC board asked her to acquire the ICTC doula training.

Monroe loves teaching and is a lifelong learner. She holds a BA in sociology, a Master of Public Health, and an Independent Primary Midwife (IPM) certification from the Massachusetts Midwives Alliance (MMA). She is a member of multiple coalitions to improve maternity care, through continuing education and training.

Her work has made a significant impact in improving infant and maternal health through leadership development. As an influencer, her model for improving maternity care is being replicated both here and abroad and is featured in multiple publications. Monroe has been recognized with numerous awards, including a Lifetime Achievement Award from Midwives Alliance of North America and the Dr. Hildrus A. Poindexter of the Black Caucus of Health Workers of the American Public Health Association.

Monroe’s parents taught her the importance of standing for justice, so when Monroe learned the Black infant mortality rate was two and a half times higher than the white infant mortality rate, she was appalled. She knew she had to do something to reduce the disproportionate rate of Black babies dying before their first birthday. At age 17, Monroe began working to improve perinatal outcomes by training as a homebirth midwife and educating members of the Black community on having home births to improve their birth outcomes. She also opened a midwifery school to increase the number of community midwives. Monroe attributes her success to her spiritual practices, her parents, her commitment to reproductive justice, and her love of midwifery and people. 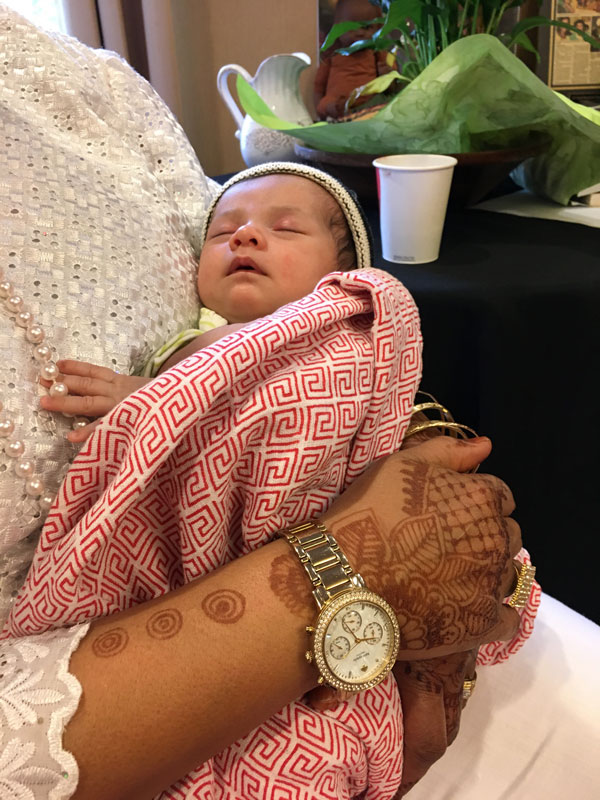 Shafia Monroe holds an infant during the postpartum portion of a Full Circle Doula training.

This website uses cookies to improve your experience while you navigate through the website. Out of these cookies, the cookies that are categorized as necessary are stored on your browser as they are essential for the working of basic functionalities of the website. We also use third-party cookies that help us analyze and understand how you use this website. These cookies will be stored in your browser only with your consent. You also have the option to opt-out of these cookies. But opting out of some of these cookies may have an effect on your browsing experience.
Necessary Always Enabled
Necessary cookies are absolutely essential for the website to function properly. This category only includes cookies that ensures basic functionalities and security features of the website. These cookies do not store any personal information.
Non-necessary
Any cookies that may not be particularly necessary for the website to function and is used specifically to collect user personal data via analytics, ads, other embedded contents are termed as non-necessary cookies. It is mandatory to procure user consent prior to running these cookies on your website.
SAVE & ACCEPT